Clarksville, Tn — Every biker wants to ride the legendary Route 66.  Many of you have, and if you’re like me, you have it on your bucket list.  Two friends of mine recently completed that trek, logging nearly 5,000 miles before they got home.

David Bearden and Matt Moriarty have been friends for nearly 30 years.  They’re both veteran bikers who share the love of the open road and plenty of “wind therapy.”  They began planning their wild west trip nearly two years ago and like most adventures, it began with a simple, “we should do this.”

Riding along Route 66 was just the beginning of their 3 week adventure.  They visited the world’s largest Mcdonalds, the Route 66 Museum, and had dinner at The Big Texan, a legendary steak house.

“The Big Texan was amazing and we planned the day around being able to stop and eat here” said Bearden.  “The food was awesome and the steaks were huge.”

The duo had mapped out days of nearly 400 miles of travel before stopping for the night.  It allowed them to visit historic landmarks that they had imagined for years.

“We weren’t just going to ride and try to make good time” said Moriarty.  “We wanted to take it all in and see the things we had only read about.”

Their journey included stops in Missouri, Oklahoma, Arizona, Texas, New Mexico, and Las Vegas Nevada, where their wives would fly out for a few days, just to break up the trek.

“Seeing the Cadillac Ranch, and standing on the corner in Winslow, Arizona was something we had to do” said Bearden.

To make the trip as economically efficient as possible, the two bikers agreed to share a hotel room each night.  That meant they were together practically 24/7.  Did they ever get irritated at one another?

“Oh we had our moments, but when you spend that much time with someone, it’s easy to get on each other’s nerves, but we talked through it and continued on our trip,” David said.

“We’re definitely two different people” according to Matt.  “When you’re riding all day, then sharing a room, that’s a lot of time together and I don’t care who you’re traveling with, there will be times you just get tired of each other.”

Their long time friendship had proven valuable though as the two men simply gave each other the space they needed, worked through their “quirks” and had the time of their lives.

So what was their favorite place to visit along the way?  Moriarty said it was rolling up to Mt. Rushmore.

“Just the enormity of the thing overwhelmed me, and to think that it was built with “pioneer” tools, cut out of a mountain, it was just big and majestic” said Matt.  “I served in the military for 22 years defending this country and to see such a powerful symbol of our country was amazing.”

“I thought that riding through the Grand Canyon was my favorite part of the trip” said Bearden.  “I’ve seen it from above, I’ve seen the pictures, but actually riding my motorcycle through this amazing place just took my breath away.”

Needless to say, when you’ve covered the miles these two traveled, there will be plenty of amazing sights to see.  They traveled through Sturgis, South Dakota, Utah and Wyoming.  Traveled the Spearfish Scenic Byway, saw the Devil’s Tower and more.

“We stopped at some amazing places, like Wall Drug Store, Cactus Cafe Lounge, and Devil’s Tower Trading Post” according to Bearden.

“It was just so refreshing to visit these old western stores and meet some amazing people” Moriarty said.  “I could have stayed for weeks. It’s a beautiful part of the country.”

The two men were fortunate to not have any major problems along the way.  “The winds in Wyoming were brutal” said Bearden, who also picked up a nail and had to replace his rear tire just two days from home.

“Matt also had to fix my ignition switch, but other than that, we were very fortunate not to have any major issues” according to Bearden.

“Our bikes were amazing” Matt said.  “We weren’t in any big hurry and we just cruised along and enjoyed the ride, because that’s what we wanted to do.”  “I would do it again in a heartbeat” said Matt.

Bikers live for the open road and taking a trip like this is what being a biker is all about.  I rode up to St. Louis to meet them and ride home with the duo, and I could tell they were ready to get home.  To get off the road.  To be with their wives and family.

As much as the anticipation of a trip is exciting, and gets our adrenaline pumping, the prospects of getting home, to our own bed, is every bit as exciting as the first few miles of the trip.

The best thing about it is they’re home safe, and they have memories of a lifetime! 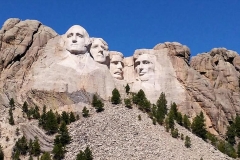 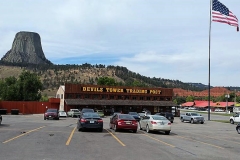 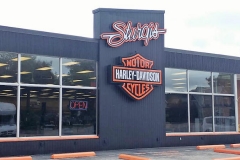 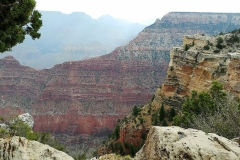 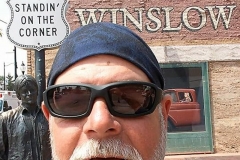 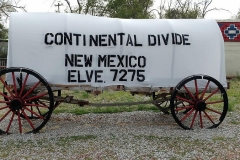 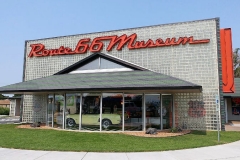 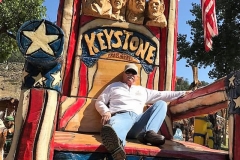 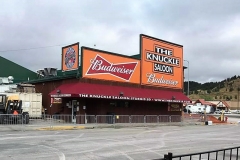 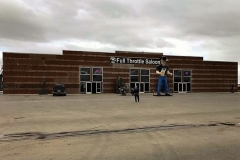 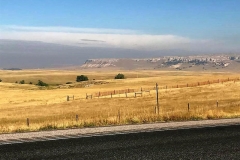 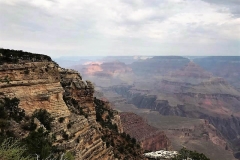 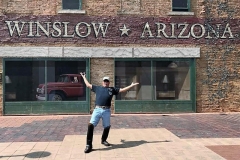 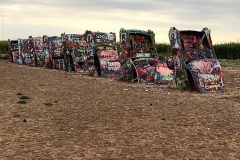