Eminence, Mo —The first year of this journey I’m on, I was like a kid with the new bike he got for Christmas.  I wanted to go EVERYWHERE!

Not knowing much about where to ride, I would just google places of interest and during the summer of 2016, I came across a website, Motorcycle the Ozarks.  The pictures were beautiful, and I couldn’t resist the names of some of the roads to ride.

How could I NOT go ride the Jesse James Getaway, or the Ozark Hellbender?  What was even better was that the destination was only about four hours away and that was something I was looking for.

As I studied the website, I realized that it was sponsored by The Rivers Edge Resort.  Owned by Alan and Lynett Peters, their facility sits along the Jacks Fork River in Eminence, Missouri.  Eminence is a favorite destination for trail riders, bikers and anyone who just wants to tuck themselves away in the beautiful Ozark Mountains.  Their annual biker rally, Dog’s off the Leash is held in August.

I called the Peters and asked them if I could come visit write a couple of stories about the area, and their resort.  They agreed, and, and let me tell you, I’ve never met a nicer couple in all my days.  When we first met, their passion for the area just poured out of them.  They love the environment, the river and as they refer to it, “the essence of the Ozarks.”  This was not only their business, this was their life.  Their home.  It’s where they would retire.

I stayed for a couple of days, riding every possible road I could find.  It was beautiful.  The roads, including the ones I mentioned earlier, were in great shape and fun to ride.  You could just soak in the beauty of the Missouri Ozarks.  Not much traffic and a wide open opportunity to enjoy what we love to do and that’s ride.

The Rivers Edge Resort is a rustic looking lodge, with river cabins lining the river.  I stayed in the lodge, where I only had to step out of my room to sit on the porch and soak it all in.  I’ve never been so relaxed after a day of riding as I was there.

When I said goodbye then, Alan and Lynett were planning to sell their facility and retire.  I had no reason to believe that by now, they had succeeded and moved into retirement.

I wanted to go back, meet the new owners, and do a follow up story.  So when I called, I was NOT prepared to hear Lynett answer the phone.  That’s when she told me about the floods.

“It was devastating” Lynett would say.  “It was the lowest point of our lives” said Alan.  “There were many times we just wanted to give up.”    “We lost half of our retirement just to rebuild, but we were determined to come back bigger and better than before” said Peters.

I was blown away.  I had no idea what they had been through.

The rains in the spring of 2017 caused the river to swell to levels never seen before.  Not only did the flood waters reach the lodge where I had stayed, but it washed away the cabins that so many people had enjoyed over the years.  The Peters could only watch in horror as their cabins were floating down the river.  They literally had to stand by and watch their life’s work wash away.

I visited them this week, and what they have done is nothing short of amazing.  They’ve built all new cabins that sit on four feet high concrete posts.  All the amenities, including a fire pit for each cabin, picnic tables for each, and the beautiful Jacks Fork river just steps away.

The main lodge was repaired, cleaned and all new furniture, and bedding was installed.  It TRULY is better than before.

“The flood changed the direction of the river a bit, and it doesn’t front the lodge like it did before, but it’s still just right there, and just as much fun as it’s always been” said Alan.

During my visit this week, Alan loaded me up in his 4×4 and took me on an adventure.  Deep into the Ozarks, along the river, beautiful country where the river feeds the excitement.  A family canoeing down the river, breaking camp for the night.  Three children in tow.  Grilling dinner and prepared to enjoy the great outdoors.  Can you imagine the adventure those kids will remember?

Just as God had intended.

As bikers, we talk a lot about passion and respect.  Love and brotherhood.  I love people who are passionate about their lives.  Who live and breath what brings them joy.  The Peters are just those people and their faith lifted them up and brought them through this flood, and they’re better than ever.

I’m so grateful I met this family.  To have a chance to see where they were, and from whence they came and to where they stand today. People I will always remember.

I would highly recommend a visit to Eminence, Missouri and  the Rivers Edge Resort.  There’s plenty of adventure for the whole family.  And for you bikers, you will experience some amazing roads to ride.

If you would like to read my previous stories, you can find them here, here, here and here.

For more information about the Rivers Edge Resort, go here. 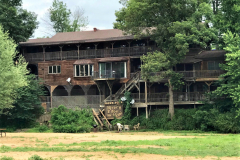 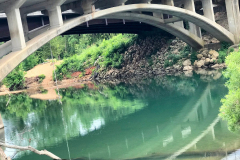 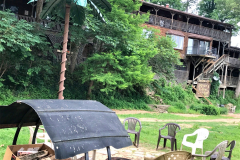 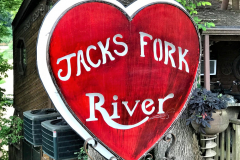 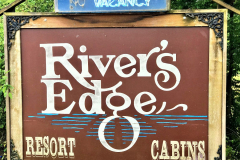 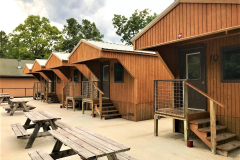 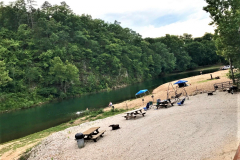 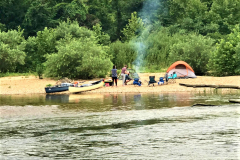 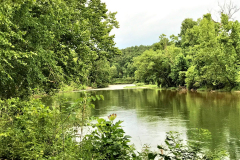 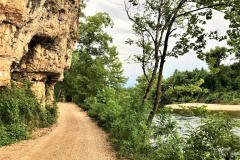