Clarksville, Tn– Since I began this journey, I’ve been committed to traveling as far and wide as I could possibly afford.  We all have a bucket list, and if a visit to Sturgis South Dakota isn’t on it, then you might want to re-examine your list.

I was invited to join three other brothers to this year’s 79th edition of the Sturgis Rally.  Last year when I was asked,  I thought to myself that I had at least a year to REALLY decide if I wanted to go.

Then I paid my hotel fees (which had to be paid in advance) and I realized that I HAD to go now and there was no looking back.  I’m grateful that I didn’t change my mind, and I’m blessed by the people I went with and the sites I saw.

First, a little introduction to the guys I went with.  Steven Tyler, Mike Chester, and Carlos Peters.

I’ve known these guys since I started riding.  Steven and Mike worked together at Trane Company, and “Pete,” a veteran, works at the Zinc plant.  We met through the local H.O.G chapter and have ridden together many times.  The three of them have been friends for a long time, so I was honored that they were willing to let me “tag” along.

We left for the rally on Friday morning, August 2nd.  It was a rough start to the trip.  Mike’s battery had died overnight, and we had to wait until he could get a new one and install it.

Once we left, we weren’t 30 minutes down the road when I noticed that one of my bungee cords holding my bag on the tour pack was flapping in the wind.

In all of my travels to date, I have NEVER had that happen.

So a quick stop along the interstate to fix it, and pick up the one that had fallen off, and we were FINALLY off and running.

Whew!  Could this be a sign of things to come?

It was a pretty uneventful day of travel as we spent the first night in Columbia,Missouri.  After some dinner, and a dip in the pool, we were off to bed.

The next day was also uneventful and we landed in Sioux Falls, South Dakota.  I booked us rooms online and I must say, the hotel was not up to standards.  I usually have really good luck with Econo-Lodge, but this one failed miserably.  But it was HERE that the first of many crazy coincidences would occur.

When we checked into the hotel there were members of an MC that would be considered 1%’s.  After I checked in, I sat in the lobby with one of them and had one of the most friendly conversations I’ve ever had with another biker.  He told me about his groups plans for the week, and I shared my story with him.

One of the nicest guys I’ve met on the road.

The next day we rode for about 4 hours to Chamberlain, S.D for the night.  Since our rooms in Sturgis wouldn’t be ready until Monday, we took the afternoon off to relax before heading to the Rally.

When we pulled off the interstate to our hotel, we stopped at the convenience store to “gas up” and who did we run into?  Yep, my new friends from the MC the night before.

The one I had visited with hollered my name and I went over and chatted a little then went on my way. It was kind of a surreal experience, but one I’ll never forget.

A couple of the guys spent the afternoon in the hotel pool, and I went riding out South Dakota highway 96.  It was one of the most beautiful rides I took on this trip.

I went out to a Casino for a “look see” then turned around and went home.  I took some pictures then called it a day.

Tomorrow, we would arrive in Sturgis.  It would be my first time there. 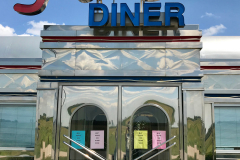 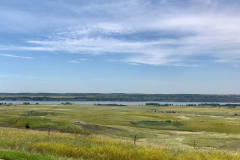 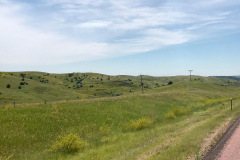 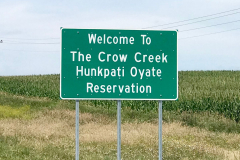 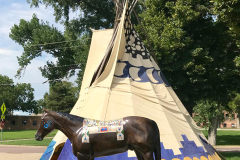