Clarksville, Tn — As the weekend came to a close, it was bright and early on Monday morning.  Today was the day we would arrive at the 79th Annual Sturgis Rally.  The last couple of days had been uncharted territory for me, and arriving at THE largest motorcycle rally in the world would be another first.

We continued along I-90, a stretch of highway we had become all too familiar with, and our first stop would be the Badlands National Park.

The Badlands gets it’s name honestly.

Fossil remains of ancient horses, sheep, rhinoceroses, and pigs have been found here.

Riding through this amazing park was a reminder of how hard it was on the people of the “wild, wild west” and the struggle for survival was real.   Not only did the early settlers have to find food and drinking water, they had to protect themselves from attack along the way.

The battle between the cowboy and the Indian was real, and surviving this rough terrain was a life or death situation in itself.

We stopped at various spots along the 240 loop for photo opportunities that would magnify the harshness of the land before us.  To imagine the men and women, AND children that would have tried to navigate this rugged land, with the lack of resources, was overwhelming.

I have it too good to think about a time where just finding drinking water would have been a life or death situation.  My mind just wandered to a time gone by and what life would have been like.

To add a little excitement to this experience, when we stopped to take some pictures, Steven noticed that he had lost his wallet.  In desperation, we all mounted our machines and headed back to the front gate where we had paid to enter the park.

Somewhere along the way, he stopped to check his saddlebag, “just in case” he had put it there, and sure enough, there it was!  We thought he had lost nearly $1500.

As the tour through the park was winding down, we noticed on the horizon the possibility of rain awaiting us ahead.  We had had magnificent weather to this point and the potential for rain was magnified by the huge bolts of lightning across the way.

Once we exited the park, we “throttled up” to make the quick ride to Wall, South Dakota, in hopes of beating the rain.  That was important because there was absolutely NOWHERE for us to pull off and put on our rain gear.

Rolling into the home of the famous Wall Drug was a breeze, and only a sprinkle of rain greeted us.  Now, some much needed lunch and a tour of the place. 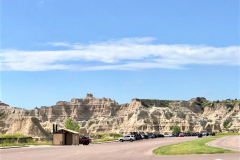 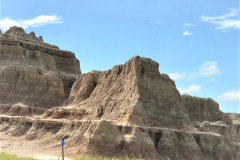 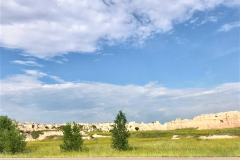 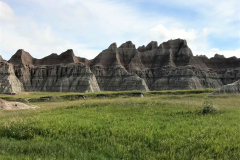 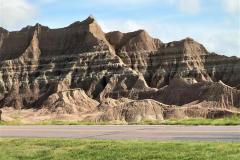 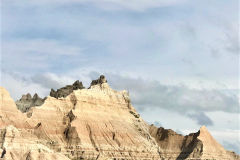 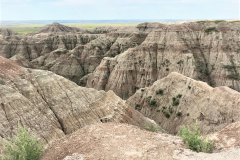 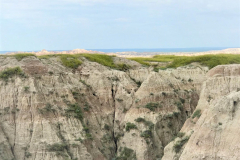 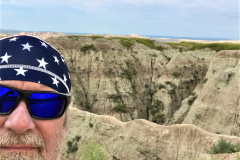 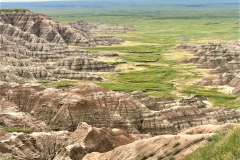 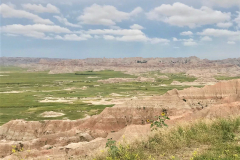