Clarksville, Tn — It had been a long hot day for us when we landed in Rapid City.  Black Hills Harley Davidson was an absolute CIRCUS!  It was the first indication of the crowds that were to dominate the week at the rally.

I had become separated from my guys somewhere at the dealership and they were wanting to spend more time there than me, so I got back on my bike and punched up the address for the Iron Horse Inn.

I arrived at about 2:30 and even though the reservations weren’t in my name, I had proof of my payment so they allowed me to check in.

The property is an interesting place.  Located just over five miles from Sturgis, it’s official address is in Whitewood, South Dakota, the northern Black Hills.

More on the Black Hills later.

The “Inn” sits up on a hill on 14 acres.  The property not only has rooms that are “biker” friendly, they’re all ground floor rooms with parking just outside the door.  Residents just drive down the middle of the two buildings and park right out front.  Pretty cool looking arrangement.

There was also room on the grounds for camping, as a number of bikers came in their RV or brought their campers along with their bikes.  Every imaginable space that could be rented within a 30 mile radius of Sturgis was occupied.

Residents of the city of Sturgis just rent their homes out for two weeks and leave on vacation during rally time, and they make a fortune.  Truly, this event is the “booster shot” in the arm of this community.  At no other time during the year does this city do this kind of business.

So I went to my room and surveyed how a couple of big old boys, me and “Pete,” were going to navigate a room this size.  You had two beds, a sink, a bathroom and shower.  We had a corner to hang some clothes and store a couple of bags, but it was going to be an interesting “ballet” for the two of us to not knock each other down.  (Actually, I wasn’t going to knock anybody down, I was just trying to stay out of the way.)

I’m proud to say that we managed quite well.

Breakfast with my crew/Steven, Mike, Pete

It had a TV and WiFi, but the television was straight out of the 90’s.  No frills!  And like most hotels, the WiFi was absolutely horrible.  I’ve written many stories about how hotels drop the ball on WiFi just so they can say it’s “free.”  That’s my only complaint about this facility.

We were centrally located to all the things we were planning on doing this week.  It was a perfect place for us and I thank Steven Tyler for making the reservations.

The property also had a bar and grill which offered a tasty breakfast buffet, plus the usual bar foods of nachos, pizza and burgers and fries.  It was a great place to meet other bikers who were staying at the facility which was my favorite part.

Once all the guys checked in, we took some time to “decompress” and off to dinner we went.  It was time to decide where we would go first.  Since we were in striking distance of so many landmarks, we had to decide where to start.

I was NOT interested in the Buffalo Chip or Full Throttle Saloon scene while I was there.  Guess I’ve outgrown the attraction of that.

I WANTED TO RIDE!

I’ve said it before and I’ll say it again.  I’ve NEVER seen so many motorcycles in one place in my life.  This truly is the largest gathering of bikers in the world.  Some people may want to debate that and compare it to Daytona, or some other event, but for me, this was the most I had EVER seen. 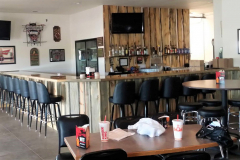 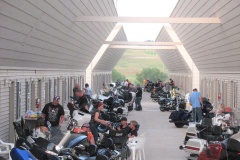 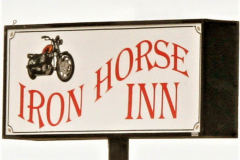