Clarksville, Tn — A couple of years ago, I had taken a trip to Madison Indiana.  Friends had told me there was some incredible riding opportunities there, with roads all along the Ohio river.

I was also planning to visit Jeffersonville, Indiana and interview their police department, which was starring on the A&E series, LivePD.

The Jeffersonville interviews fell through, so I had some extra time on my hands and when I searched for nearby events that I could visit, the Kentucky State Barbeque Festival popped up.

It’s held in Danville, Kentucky and was just a few hours from where I was, so off I went.   What a great decision that was!

I showed up unannounced and “sweet talked” my way into the festival to take pictures and do a story for my blog.  They were some of the nicest people I’ve met on this journey I’m on.

Oh, and the food was FAB-U-LOUS!

The Kentucky State BBQ Festival was the brainchild of local real estate agents, Brad and Cindy Simmons.  According to Cindy, “Brad and I were just having a glass of wine on our deck when he mentioned this idea, and one thing led to another and here we are.”

Brad said, “My vision was to have a family friendly festival, where the food was the main event.”  “I wanted some of the greatest pitmasters on the circuit so I thought, why not see if they would come, and they’ve been here since day one.”

“These pitmasters LOVE the people of Danville, and look forward to this event each year” said Simmons.  Proceeds from the event benefit the United Way.

The festival is an eating event and is all about Family, Americana and Feel Good Times that crosses over all boundaries of culture and classes.   Seven celebrity world champion Pitmasters will once again be on hand to cook, and show off their skills and offer tips to the amateur back yard pitmaster.

Tours and tastings will be available at the Distillery and there will be a weekend filled with live music.   Last year’s event was plagued by bad weather, and I wasn’t able to attend because of a scheduling conflict, but, I can smell the meat cooking from here.

Named one of the Top 20 events of the South, the combination of Smoked Meats, BBQ, Music, Bourbon, Bands and family fun can’t be beat.  The kids flood the Kids Zone with Bounce Houses, Bungie Jumping, and more.  For the adults, take one of the Distillery Tours and enjoy a “taste” or two.

It was the first time I had been to Danville Kentucky and I can assure you, as a biker, there are plenty of beautiful roads to ride in and around the festival.  I also loved the fact that EVERYBODY at the festival was friendly and accommodating.  Like I said earlier, I just barged in and was welcomed like an old friend.

Plan to visit this tasty event this weekend.  Come for the music, the food and the fun.  You’ll be glad you did.

Here’s a photo gallery of my visit two years ago. 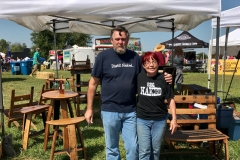 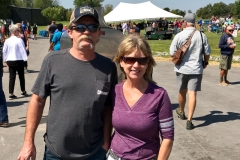 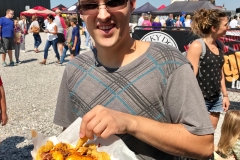 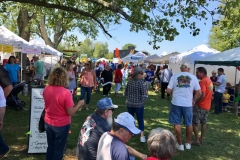 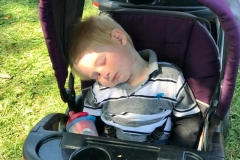 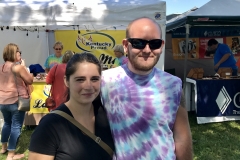 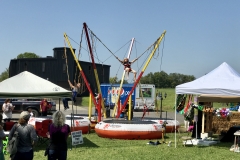 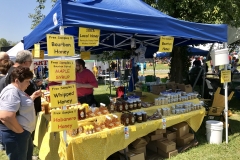 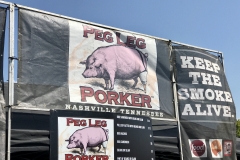 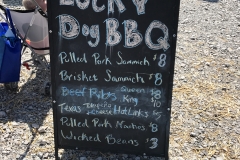 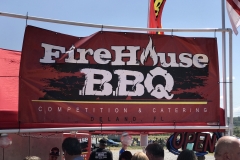